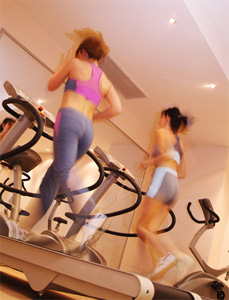 Scientists have revealed that exercising right after eating a meal high in fat content may help people keep in shape.

Max Lafontan and his team examined how fat breaks down in both lean and obese individuals who exercised after either fasting or eating a high-fat diet.

They found that when either a lean person or an obese individual exercise after having a meal of high fat content, their fats break down and get oxidized in the skeletal muscle, which makes them healthier.

The researchers observed that fats break down both in lean and obese individuals, after eating a high-fat diet.

Whereas, under fasting conditions, the breakdown was more prominent in the lean subjects, but the high fat meal improved lipolysis, a process in which fat is broken down inside fat cells to generate energy, in the obese subjects.

For the first time, these results show how stimulation of the breakdown of fats occurs after having a high fat diet and exercise. They may also help design ways to reduce excessive fat in the body.

After the process of lipolysis, the resulting fatty acids get released into the bloodstream and are carried to tissues that require energy.

In obese individuals, accumulation of fat is too much, compromising lipolysis, but how this happens are still not well understood. Also, such individuals show altered responsiveness to the stress hormones epinephrine and norepinephrine in their subcutaneous fat.

The scientists also studied the effects on cultured fat cells by long-chain fatty acids (LCFAs). They observed that LCFAs cause an increase in lipolysis when induced by one of the hormones known to stimulate lipolysis, epinephrine.

The researchers concluded that by showing the affects of a high fat diet and LCFAs on hormone-induced lipolysis in fat cells, the study lays the foundation for further research on the role played by various fatty acids on the metabolism of muscle and blood vessel cells.