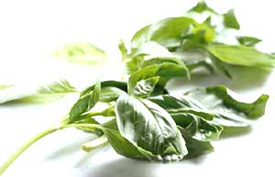 An Australian researchers report suggests that an individuals’ diet and nutrition may play a significant role in helping him deal with and fight depression.

A number of nutrients, including polyunsaturated fatty acids, St. John’s Wort and several B vitamins, have the capacity to influence mood by rising the absorption of chemical messengers in the brain, Dr. Dianne Volker of the University of Sydney in Chippendale and Jade Ng of Goodman Fielder Commercian in North Ryde, New South Wales note in the journal Nutrition and Dietetics.

There is enormous epidemiological, experimental and circumstantial evidence suggesting that fish and the oils they contain, in particular omega-3 polyunsaturated fatty acid, are protective against depression, Volker and Ng write. According to these data, the balance between omega-3 and omega-6 may also be important, given that the latter can prevent the body from absorbing the former.

Another runner for dietary prevention of depression is the amino acid tryptophan, which is found in foods, including turkey, and is responsible for the drowsiness people feel after eating a hearty Thanksgiving dinner. The body converts tryptophan to the neurotransmitter serotonin, suggesting the amino acid may have modest effects on mood.

However studies looking into whether the B vitamin folate, vitamins B6 and B12, and S-adenosylmethionine (SAMe) play a role in depression have had conflicting results, the researchers write.

Though European studies have discovered that St. John’s Wort has antidepressant effects, US clinical trials have shown the opposite, which some think may be due to the herb’s interaction with other medications.

According to Volker and Ng, “The role of balanced nutrition in mental health should be recognized,” thereby enabling the use of nutrition and relevant nutrients in the maintenance of good mental health.