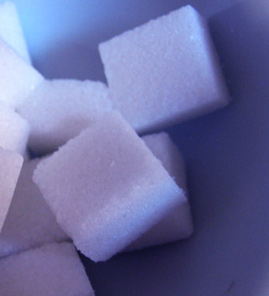 US researchers have said that sugar or glucose affects people’s ability to resist temptation.

Researchers from Florida, Roy F. Baumeister and Dianne M. Tice together with Kathleen Vohs of the University of Minnesota found that when participants perform multiple self-control tasks in a row, they do worse over time. As a result, self-control lessens as it is exercised.

The researchers measured the blood glucose levels of participants before either engaging in a self-control task or a task that did not involve self control.

The experiment involved the Stroop task, which is a famous way to test one’s strength of self-control where the participants in this task are shown color words that are printed in different color ink (like the word red printed in blue font).

They also found that the group performing the self-control task suffered depletion in glucose afterward.

In yet another experiment, two groups performed the self-control task two times each, drinking one of two sweetened beverages in between.

The conclude, the study found those who drank the drink with sugar performed way better than a Splenda group on their second test- presumably because their blood sugar had been replenished.

Positive emotions in childhood may pave way for better well-being in...