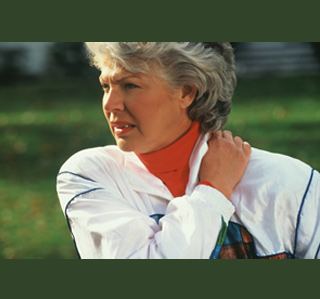 The drug duloxetine or Cymbalta usually treating patients diagnosed with depression and generalized anxiety disorder seems to be more beneficial than previously thought. A groundbreaking study commenced by the University of Michigan Comprehensive Cancer Center suggests that the medication duloxetine can decrease joint and muscle pain linked with a breast cancer treatment. Though aromatase inhibitor may help tackle breast cancer, the drugs cause immense pain in joints and muscles.

Aromatase inhibitors are a type of drug that possibly halts the production of estrogen, which in turn fuels some breast cancers. However, this medication apparently gives rise to aches and pains in joints and muscles that cannot be adequately relieved by over-the-counter painkillers. Around 20 percent women stop taking an aromatase inhibitor probably because of the caused pain. Generally breast cancer patients have to be dependent on this drug for a period of five years. Duloxetine was previously claimed to aid in treating other chronic pain conditions, namely fibromyalgia and osteoarthritis.

During the study, 29 patients were assessed and almost three-quarters seemingly had reduced pain by at least 30 percent. N. Lynn Henry, M.D., Ph.D., assistant professor of internal medicine at the U-M Medical School, lead investigator, and colleagues observe that on an average after eight weeks of treatment, pain scores decreased by 61 percent. Due to side effects, one in five patients supposedly discontinued duloxetine intake. Duloxetine presumably is effective at cutting down the muscle and joint pain that women experience from aromatase inhibitors.

The study was presented on December 11 at the 33rd Annual San Antonio Breast Cancer Symposium.