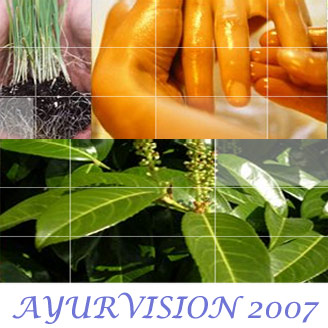 The Department of Ayurveda of the Kasturba Medical College has organized a workshop on Dermatology diseases called ‘Ayurvision-2007’. This workshop began on December 27 and will run through December 29, 2007.

Dr.Anand Rao, Medical Superintendent of the Hospital, said that as many as 60 Ayurvedic practitioners from all over India are expected to participate in the three-day continued medical education workshop.

Lectures on various clinical approaches towards skin diseases will be delivered by a number of scholars both from the fields of Ayurveda and modern medicines. Some of the notable names include J R Khrishnamoorthy, Srinivas Achar, C Balachandra, Raghavendra Rao, H Sripathi, K R Ramachandra and Madhusudhan Kamath.

It is known that the delegates would also be taken to hospital wards and a bed side clinical discussion will also be carried out.

On December 29, 2007, the last day of the CME, Registrar of Manipal University, Dr.Vinod Bhat will preside over the function and will deliver the concluding address at 4 p.m.

The Ayurvision-2007 event has been sponsored by Sami Labs and Dr. JRK’s Siddha Research and Pharmaceuticals Pvt. Ltd. Chennai.