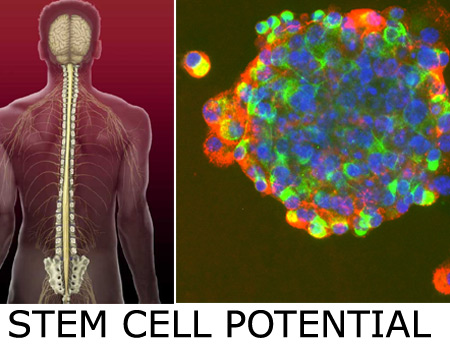 The woman in question had undergone spinal cord injuries after she met with a road accident. This resulted in paralysis below the neck and she could not move her limbs at all.

The woman was diagnosed to have ‘cervical cord injuries’ with a fracture of the neck bone after performing MRI, CT and X-ray on her.

Dr. G Bhaktavasalam, Chairman, K G Hospital said that the bone marrow stem cells were processed from the patient and were then separated at Nichi-in Centre for Regenerative Medcine, Chennai and were then flown back to the hospital.

The surgery was performed just a day ago, and the woman is already recovering in the ICU.

The cervical cord was already exposed and the bone marrow stem cells were injected into the spinal cord and the neck bones were stabilized using metal plate screws.

The cells taken from the patient had shown that there was no immunological rejection, said Dr. G Bhaktavasalam.

He also said that had stem cell transplantation treatment been available in 1995 when Hollywood actor Christopher “Superman” Reeves had a similar type of ailment, he could have been saved.