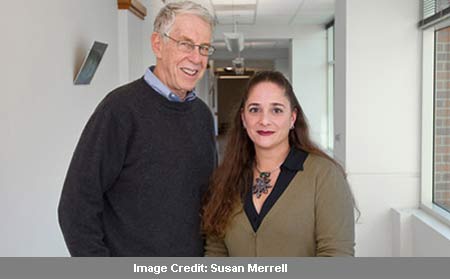 Heavy drinking and smoking can be a bad combination, but how if a single pill destroys both the habits? Sounds like a breakthrough, as scientists from the University of California San Francisco (UCSF) have shown that an anti-smoking drug namely varenicline could reduce alcohol intake as well.

Found in the journal Psychopharmacology, a study constituting a set of smokers was conducted. The participants were randomly instructed to consume either varenicline or a placebo. As per the results, those taking the drug apparently reduced their alcohol intake by almost 36%, unlike the placebo group. Moreover, the effect seen in the subjects was regardless of how many cigarettes they smoked each day. This put forth a major idea that the influence of varenicline was independent of its impact on smoking.

“Alcohol abuse is a huge problem, and this is a big step forward in identifying a potential new treatment,” commented senior author Howard L. Fields, MD, PhD, professor of neurology and director of the Wheeler Center for the Neurobiology of Addiction at UCSF.

This medication is used widely for smoking cessation, but this trial shows that it could have the potential to aid alcohol control too. As mentioned above, the combination of drinking and smoking is far from being safe, and unfortunately there are many who indulge in both.

However, further studies are needed to evaluate the medicine’s safety and particularly its side-effects. The drug’s influence was such that the person in question drank alcohol, but if it was say 4 or 5 servings per day, it reduced to 1 or 2.

Varenicline is commercially known as Chantix and is sold by Pfizer.