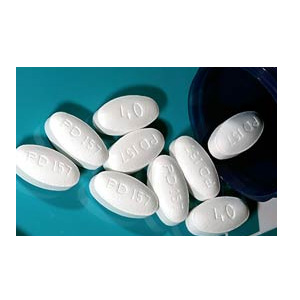 A U.S. study now suggests that taking statins which are cholesterol-lowering drugs, may in fact not protect against Alzheimer’s disease, as previously thought.

The research, published online in Neurology, found statin use at any time during the 12-year study had no effect on pathology of Alzheimer’s disease or strokes, which are the two common causes of dementia.

“Some studies have suggested people taking cholesterol-lowering drugs are less likely to have Alzheimer’s disease, but our longitudinal findings found no relation between statin use and Alzheimer’s,” study author Dr. Zoe Arvanitakis of the Rush University Medical Center in Chicago said in a statement.

The Religious Orders Study involved 929 Catholic clergy members with an average age of 75, who were all free of dementia.

At the beginning of the study, 119 people were taking a statin. During the 12-year follow-up period, 191 people developed Alzheimer’s disease, of whom 16 used statins at the start of the study.

The researchers based their findings on annual cognitive tests and brain autopsies of the 250 who died. The study was limited, Arvanitakis says, because there were relatively few statin users among those who died.