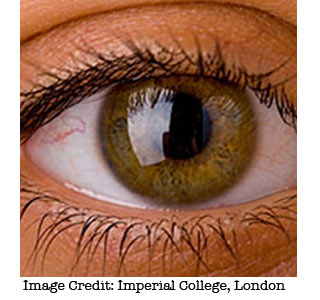 Trachoma is believed to be a blindness that spreads through infection. A latest study states that in order to eradicate the disease completely it is necessary to treat everybody living in the infected area. The lead author of this study was Isobel Blake Division of Epidemiology, Public Health and Primary Care at the Imperial College London.

This form of an infectious blindness is believed to be found mostly in the developing nations. On the other hand, the developed world claims to have succeeded in eradicating trachoma to a large extent. It has been estimated that trachoma globally affects around 8 million people. It has further been said that this disease may affect an additional 46 million people at an early stage. These people, in order to prevent complete blindness, are said to be in need of some sort of treatment.

Trachoma is believed to spread more, when a healthy person comes in contact with an infected person rather than a society at large. According to the investigators it is stated that, in order to eliminate trachoma completely, it is necessary to treat everyone who lives in the vicinity of an infected person. However, they believe that they would need to conduct an indepth analysis in order to better understand the efficiency of this move.

It is believed that trachoma spreads when one infected person comes in contact with a healthy person or object. It is believed to even spread when flies pass-on the trachoma bacteria to other people or objects. It is also thought to be prevalent in those households that no longer have any trachoma infected patients, until these bacteria are completely eliminated.

It was further said to have been discovered that about 71 percent of trachoma may spread within the household. They even indicated that people living in larger households were prone to trachoma a lot more than smaller households. In fact, the investigators even seemed to have claimed that people could even develop serious eye problems if they have had a series of trachoma infections.

Blake says that, “Trachoma can be a very debilitating disease – it is difficult for people in the developing world to work and get on with their everyday lives if they lose their sight,” Blake further continues that, “Our research shows that the bacterial infection which causes trachoma can spread really easily within a household. This happens through contact with an infected person’s hands, or with objects like towels and clothing that have picked up the bacteria, or with flies, which transfer the bacteria from person to person. If control programmes make sure they treat everyone who is living with an infected person, they can greatly reduce the spread of the infection.”

In 1998, a global initiative was launched under the World Health Organization’s leadership for the Global Elimination of Trachoma by 2020. The investigators have stated that, the initiative plans on treating the regions, where about 10 percent of the population may be infected with trachoma. Experts say that it would be difficult to treat the entire community simultaneously, as everyone may not be present at the time of the treatment.

The study was published in PLoS Neglected Tropical Diseases.