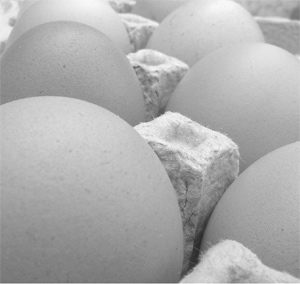 Designer eggs containing qualities of a rare Chinese herb have been produced in Singapore with 30 per cent less cholesterol than normal chicken eggs.

“Initially, our idea was to come up with an alternative chicken feed additive for farmers, who are facing higher feed costs as demand for corn and other raw materials have gone up,” Nutripharm managing director Mark Xu said.

“But the farmers were looking to create eggs with more nutritional value.”
It took two years of trial and error to obtain the desired results.

The ingredients are being used as an additive in chicken feed. The resulting eggs have been introduced in supermarkets.