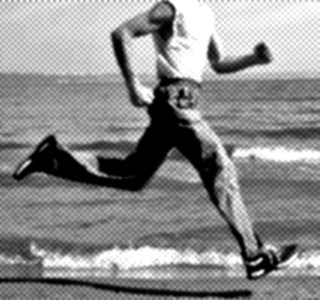 According to Swedish medical university Karolinska Institute, men who make it a point to exercise in their day to day life, are less prone to die from cancer compared to men who don’t exercise.

The researchers studied and analyzed the association of physical activity with cancer risk in 40,708 men in the age group between 45 and 79.

The research period was of almost 7 years and the study has been published in the British Journal of Cancer. The researchers found that 3,714 men developed cancer and 1,153 died due to it.

The researchers studied men from two countries in central Sweden. Their lifestyles and the amount of time spent on physical activity were studied. Then according to these responses the data was compared and officially recorded in a central cancer registry in the 7 year period.

Professor Alicja Wolk, who led the study from the Karolinska Institute in Stockholm, says, “These results show for the first time, the affect that daily exercise has in reducing cancer death risk in men aged between 45 and 79.”

The researchers showed that men who walked and cycled for 60 to 90 minutes in a day had only 16 percent minimal chances of developing cancer. Although these physical activities lead to a five percent reduction in the cancer rate in men who walked or cycled for about 30 minutes per day, this is a result which could be due to chance.

The study also explains that men who walked or cycled for about 30 minutes at the most in a day had the capability of surviving from cancer up till 33 percent compared to men who didn’t exercise or who exercised very rarely.

Alicja Wolk said, “We looked at more moderate exercise such as housework, undertaken over a longer period of time and found that this also reduced men’s chances of dying from the disease.”

Dr Lesley Walker, the director of cancer information at the charity Cancer Research UK, which publishes the journal, said ,”It’s not clear from this study what role exercise plays in preventing cancer, but a healthy lifestyle can prevent up to half of all cancers – and regular exercise forms a key part of this.”

The number of British men dying due to cancer each year is 80,000.

The study has been published on 27th May 2008 in the British Journal of Cancer.