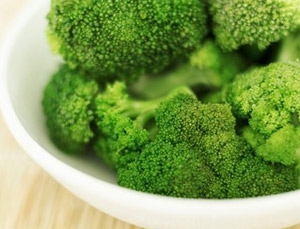 According to a new study, the concentrated extract of dried broccoli sprouts cuts down the development of bladder tumours by more than half.

The findings throw light on studies suggesting that cruciferous vegetables like broccoli are associated with reduced risk of bladder cancer.

“Although this is an animal study, it provides potent evidence that eating vegetables is beneficial in bladder cancer prevention,” said Yuesheng Zhang of Roswell Park Cancer Institute, the study’s senior investigator.

There is strong evidence that the protective action of cruciferous vegetables partly derives from isothyiocyanates (ITCs), a group of phytochemicals with known cancer-preventive activities.

“The bladder is particularly responsive to this group of natural chemicals,” Zhang said. “In our experiments, the broccoli sprout ITCs after oral administration were selectively delivered to the bladder tissues through urinary excretion.”

Cruciferous vegetables with ITCs include cabbage, kale, collard greens and others. Broccoli sprouts have approximately 30 times more ITCs than mature broccoli, and the sprout extract used by researchers contains 600 times as much.

Animals that had the most protection against development of bladder cancer were given high doses of the extract, Zhang said. Humans at increased risk for this cancer do not need to eat huge amounts of such sprouts to derive protective benefits, he added.

Zhang and his colleagues tested the ability of the concentrate on five groups of rats. The group given high doses of extract had fewer tumours.