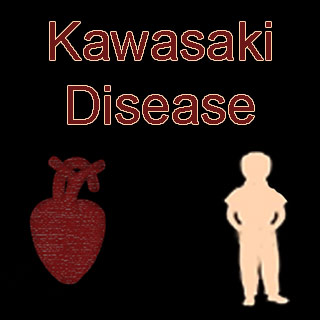 There may be nothing more worse than having small children suffer from severe diseases. Some of these diseases may be not be curable, but there seems to be a way of undoing the damage incurred by Kawasaki disease to the heart and blood vessels of suffering children. Japanese scientists have stated that coronary artery bypass surgery may prove to be beneficial in this scenario. This study was lead by Soichiro Kitamura, MD, professor of surgery and president emeritus of the National Cardiovascular Center in Osaka, Japan.

Kawasaki disease is believed to an acute infection which seems to mainly target young children, especially the ones from Asian ancestry. The American Heart Association has apparently estimated that more than 5,000 cases of this disease have possibly been diagnosed in America in the year 2003.

The study experts have noted that small children may most often not undergo coronary artery bypass surgery to treat their condition. Rather, they may go through an early treatment with the drug gamma globulin. Apart from this, before surgery a less invasive technique may be attempted on these patients. Such techniques may even include percutaneous coronary intervention. However the long term effects of these procedures are not yet very clear.

On the other hand, it is believed that coronary artery bypass surgery may prove to have long-term benefits on the children suffering from this disease. This surgery could possibly benefit the children whose heart and blood vessels may have had to bear the brunt of the Kawasaki disease.

For the purpose of the study, the experts evidently kept an eye on more than 100 people for a period of about 25 years. These people were believed to have had undergone bypass surgery in their childhood for the purpose of treating Kawasaki disease.

These experts noted that the survival rate of these people 25 years post their surgery seemed to be about 95%. On the other hand, their rate of not experiencing any heart related issues after 25 years was believed to have been about 60 percent. Apart from it was also observed that ¾ of the patients alive after 25 years post their surgery appeared to be on medications. Inspite of still taking the required drugs, these patients were noted to be free from symptoms.

Kitamura says that, “Survival for more than 20 years of children and adolescents after a bypass operation for severe coronary artery involvement secondary to Kawasaki disease is encouraging.”

Although these young patients may require routine check-ups, they were believed to lead a normal regular life after their surgery. These experts have even stated that for determining queries about prognosis, the outcomes may require to be traced effortlessly into their adulthood. However in the time being, they seem to have suggested patients to be aware of a healthy lifestyle, and screening and management of the heart-related risk factors.

These findings have been presented in Circulation: Journal of the American Heart Association.