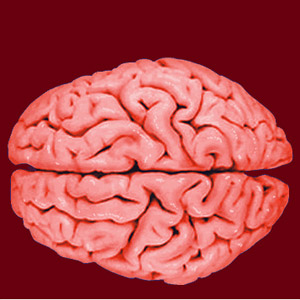 A new study has managed to identify a feature that is unique to the human brain which understands how humans pick up languages. The study throws light on how human language evolved in general.

The study was led by a few researchers at Emory University and happens to be the first to use diffusion tensor imaging DTI which is a non-invasive imaging technique. This method compares the human brain to those of chimps, who are closest in comparison to us humans.

Researcher James Rilling studied the arcuate fasciculus, which is a pathway that connects the brain regions known to be involved in human language like Broca’s area in the frontal lobe and Wernicke’s area in the temporal lobe.

Using the DTI method, Rillign then compared the size and trajectory of the arcuate fasciculus in humans, rhesus macaques and chimpanzees.

“The human arcuate fasciculus differed from that of the rhesus macaques and chimps in having a much larger and more widespread projection to areas in the middle temporal lobe,” explained Rilling.

“Until DTI was developed, scientists lacked non-invasive methods to study brain connectivity directly. We couldn’t study the connections of the human brain, nor determine how humans resemble or differ from other animals. DTI now makes it possible to understand how evolution changed the wiring of the human brain to enable us to think, act and speak like humans,” said co-author Todd Preuss.

Previous studies had shown that the middle temporal is involved with analyzing the meanings of words. In humans it has been found that the brain not only evolved larger language regions but also a network of fibers to connect those regions, which support humans’ superior language capabilities.