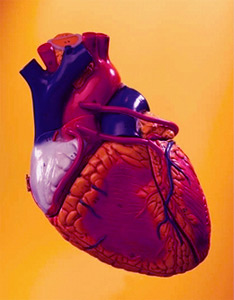 A study has found that regular communication with doctors not only lowers the risk of cardiovascular disease, but is also very important to maintain a healthy heart.

Consequently, they were able to lower their risk of heart disease by improving blood pressure, blood lipid levels and cardiovascular disease risk score.

Alfred Bove of Temple University Hospital who led the study believes that telemedicine’s use in populations that are generally underserved by healthcare system can bridge what he calls the “medical divide” between treatment and outcomes for upper- and lower-income patients.

Participants were randomly divided into a control group or a telemedicine group and received a device to measure blood pressure and a pedometer to measure daily steps, along with advice on exercising and its benefits in preventing heart disease.

The telemedicine group also regularly transmitted their blood pressure, weight and pedometer data to cardiologists, and received feedback and educational information via the Internet.

Participants of both groups had significant reductions in blood pressure, lipids and cardiovascular disease risk scores, and were able to walk farther distances.

While both urban and rural groups showed marked improvement in their heart health, those in the rural location were found to do slightly better overall than the urban group.