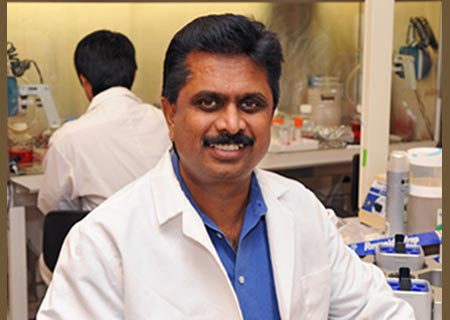 This is an interesting piece of news. Researchers at Iowa State University are believed to have discovered an essential key to possibly cure Parkinson’s disease.

Symptoms of Parkinson’s disease are believed to include trembling in hands, arms, legs, jaw, and face; rigidity or stiffness of the limbs and trunk; slowness of movement; and impaired balance and coordination. Since these symptoms become more distinct, patients could possibly have difficulty walking, talking, or completing other simple tasks.

It is estimated that Parkinson’s disease strikes nearly 50,000 people every year, and there are approximately 1 million people suffering from the disease. In addition, Parkinson’s sufferers are known to include actor Michael J. Fox and former boxing champion Muhammad Ali. Because the disease usually affects people over the age of 50, the National Institutes of Health anticipates the incidence of Parkinson’s may perhaps increase as the nation’s population ages.

Researchers Anumantha Kanthasamy, W. Eugene and Linda R. Lloyd Endowed Chair in Neurotoxicology at the ISU College of Veterinary Medicine are believed to be working in order to understand the complex mechanisms of the disease for more than a decade. Also, they seem to have found hope for the cure.

Parkinson’s disease sufferers appear to lack an adequate amount of a brain chemical called dopamine. This latest Kanthasamy’s research shows that there seems to be a specific protein that is naturally present in human brains that for no known reason kills the brain cells that create dopamine. Supposedly, the cells that are being killed are the ones that produce the required dopamine.

“We have millions of cells in our brains. In Parkinson’s, about 10,000 of these brain cells die; no one knows why,” says lead researcher, Anumantha Kanthasamy, a distinguished professor of biomedical sciences at the Iowa State University College of Veterinary Medicine.

Kanthasamy further said that, “With a lot of hard work, and little bit of luck, we found something important. And when you find something like this you say, ‘This is great because it can be a target for developing new drugs.’”

Presently, Kanthasamy’s group appears to be examining additional compounds that can serve to neutralize protein kinase-C. By identifying more compounds that perform the function of neutralizing kinase-C, researchers are expecting to locate one that functions well and has few side effects. Apparently, this discovery is expected to provide novel treatment options in order to stop the progression of the disease or even cure it.

“Once we find the compound, we need to make sure it’s safe. If everything goes well, it could take about 10 years, and then we might be able to see something that will truly make a difference in the lives of people with this disorder,” explains Kanthasamy.

According to Kanthasamy as people grow older, the cells that produce dopamine seem to naturally die thereby causing dopamine levels to fall gradually over time. When the levels continue to drop below 60 to 70 percent, the person may possibly start to have Parkinson’s disease symptoms.

“Everybody has a little Parkinson’s in theory. But you can’t see it until the level of dopamine gets too low,” he continues.

It was observed that eliminating the symptoms of Parkinson’s disease doesn’t need people to be restored to 100 percent of earlier dopamine levels, but only to a fraction of that. If one can bring dopamine up to the 40-50 percent level, one will perhaps see a functioning, normal person.

At present, there appears to be no cure for Parkinson’s and existing therapies only treat the symptoms. The research stated that major causative factors for getting Parkinson’s disease include prolonged exposure to metals or pesticides and other environmental chemicals.