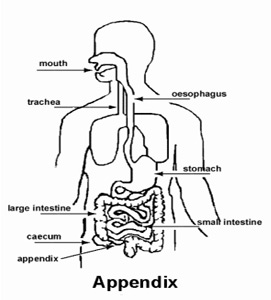 An American woman had her inflamed appendix removed through her vagina. She underwent minimal pain and no scarring whatsoever with this groundbreaking operation.

Diana Schlamadinger, in her mid-20s underwent the procedure which took barely 50-minutes. She rated the level of post-operative pain as a “1 or 0.5” on a scale of one to ten.

During the surgery, doctors at the University of California San Diego Medical Centre, excised Ms. Schlamandinger’s appendix using an endoscope inserted through a tiny incision in her vaginal wall.

Only one small external incision in her navel was needed to insert a 2mm camera into the abdominal cavity to guide the surgical instruments.

Schlamadinger said that she had chosen the pioneering procedure because it would not leave a scar.

“The surgery appealed to me because the work and study I do every day relates to science research and discovery. I understand the need for these trials to provide patients new information and new procedures,” she said.

The operation used a new technique called Natural Orifice Translumenal Endoscopic Surgery, or Notes, in which surgeons insert tiny instruments through the mouth or vagina to remove diseased organs.

The San Diego team has used Notes before, to remove an appendix through the mouth, and gall bladders through the vagina. In each case, the instruments must be inserted through a tiny incision in the wall of the vagina or stomach, but this causes less pain than cutting through the skin and muscle of the abdomen and does not leave an external scar.

Both kinds of tissue are also thought to heal more quickly than skin and muscle.

Santiago Horgan, who led the surgical team, had performed 14 Notes procedures in the US and Argentina. Ms Schlamadinger was the first US patient to have her appendix removed trans-vaginally.

“The path to innovation is dynamic, requiring quick response from the companies developing the tools,” he said. “Partnership with industry keeps us rolling from one success to another. The evolution of surgery to incisionless techniques is on the horizon.”

Mark Talamini, Professor of Surgery at the university, said: “The UC San Diego Center for the Future of Surgery is investigating and refining techniques that are rapidly transforming the world of surgery.