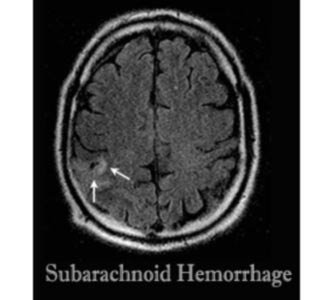 According to a study published in the June 11th, 2008, online issue of Neurology, the medical journal of the American Academy of Neurology, the Mexican Americans and moreover women are likely at a greater risk for subarachnoid hemorrhage, this is a type of stroke where in bleeding takes place near the brain area.

People suffering from the subarachnoid hemorrhage might have a stern or “thunderclap” headache which is supposed to be worst headache for an individual to go through. Some of the symptoms other than headache are vomiting, seizures and neck stiffness. The reason for such conditions is due to a cerebral aneurysm. It is a blistering of a blood vessel which might result in the death of a person and may also lead to severe difficulties. The stroke is fatal even if diagnosed in the early stages.

“Physicians and public health officials should help Mexican Americans and women take steps which might prevent subarachnoid hemorrhage,” said study author Lewis B. Morgenstern, MD, Professor and Director of the University of Michigan Stroke Program in Ann Arbor and Fellow of the American Academy of Neurology. “Given that Mexican Americans account for the largest and fastest-growing minority group in the United States, it is important to examine how this condition may affect certain ethnicities differently.”

The researchers surveyed the past medical records of almost 29,907 people in the area of southeast Texas and found 107 people in the age of 44 and above who underwent a subarachnoid hemorrhage over the period of seven years. And from the 107 people, 43 were white and 64 were Mexican American. And sixty-seven percent were women.

The findings portrayed that Mexican Americans were prone to suffer a subarachnoid hemorrhage almost up to two-third times compared to white people. One and three-quarter women were likely to have a raised risk of such type of stroke.
The study was funded by the National Institutes of Neurological Disorders and Stroke.