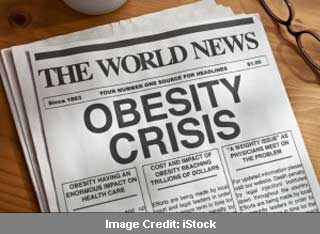 A study explaining why lost weight piles up again in a way explains the difficult and challenging nature of obesity. One more apparent reason why those pounds refuse to shed has been uncovered by scientists at the U.S. Department of Energy (DOE)’s Lawrence Berkeley National Laboratory (Berkeley Lab), who have suggested that obesity in itself is a risk factor for further weight gain.

For the investigation, information was gathered from 2 large cohorts which provided extensive data on the diet, lifestyle, health and exercise of people. The two studies were the The National Runners’ Health Study that took place in 1991 and the National Walker’ Health Study, which was conducted in 1996.

Almost 159,000 subjects were a part of this wide scale analysis where about 15,000 men and 26,000 women were followed. The outcomes showed that obesity apparently had a way of acting upon itself by developing further. Effects of factors such as low educational attainment on BMI were found to be a minimum of 3 folds stronger among women who were heavier than those who were trim. For men, the risk factor was 2% for those who were overweight.

“These findings suggest that people should start worrying about a weight-loss program when they are still lean. But of course, nobody does that.” Williams says he is no exception. He recently cut his food portions in half, and shed 31 pounds. This information may be useful in advocating weight control in the young and lean who are likely unaware of the insidious nature of weight gain,” shared Paul T. Williams, a staff scientist and biostatistician at Berkeley Lab.

Williams put it that precisely fat people are getting fatter because they are fat. Though this sounds depressing, there seemed to be 3 variables responsible for weight gain namely weak dietary preferences, poor educational attainment and obese family background. All these factors were in direct proportions to obesity, like highest for obese people, less for lean individuals and moderate for those who weighed normally.

The study titled ‘Evidence that obesity risk factor potencies are weight dependent, a phenomenon that may explain accelerated weight gain in western societies’ is published in the journal, PLoS One.