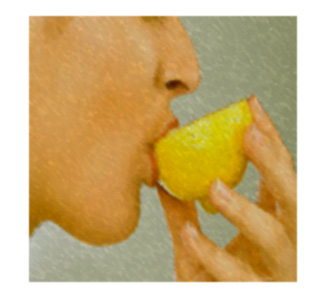 According to a research group which is led by Professor Makoto Tominaga and Research Assistant Professor Hitoshi Inada (National Institute for Physiological Sciences, Okazaki, Japan) has found out that sour taste receptor, PKD1L3-PKD2L1 channel complex, might be generated by acid stimulus but opened way only after the eradication of acid stimulus. The researchers call it as a new type of response as “off-response” of our sour taste receptor.

They examined the PKD1L3-PKD2L1 channel movement which is stimulated by acid stimulus with calcium imaging technique and electrophysiology. The cells conveying PKD1L3-PKD2L1 channels illustrated a considerable increase in intracellular Ca2+ but not while the acid stimulation was being washed out. The off-response property was verified by the complete cell patch-clamp configuration.

Prof Tominaga and Dr. Inada said “The PKD1L3-PKD2L1 channels exist on the taste bud in the side and the inner part of tongue, where the salivary glands are close. Acidic things such as spoiled foods and harmful solutions are supposed to be dangerous to human body so that they should be quickly removed by saliva. The off-response of PKD1L3-PKD2L1 channels, we found here, helps human to keep sour taste sensation even after acid stimulus has been washed out.”

The findings of the report have been published on June 6, 2008 in an international journal, EMBO.