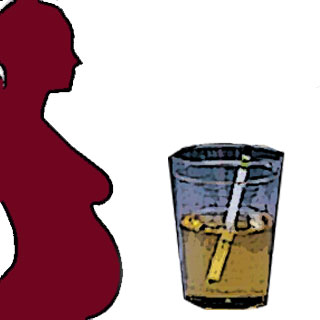 Preeclampsia is said to be a very commonly affected hypertension in pregnant women. This is said to be the main cause of death in American pregnant women. This disorder can also be credited for leading cause of preterm delivery. Preeclampsia can reliably be treated only through delivery. A diagnosis of this disorder can prove to be very difficult in women who already suffer from hypertension, and also in women with lupus or kidney disease. We have already stated the ill effects that preeclampsia can have on the future health of a pregnant woman. This present study provides a solution for an early diagnosis of this disorder in pregnant woman.

Lead author, Irina Buhimschi, M.D., associate professor in the Department of Obstetrics, Gynecology & Reproductive Sciences, says that, “These results support the hypothesis that preeclampsia is a pregnancy-specific protein misfolding disease. Our urine dye test is a rapid and non-invasive test that can be used to definitively diagnose preeclampsia.”

A study on more than 100 pregnant women revealed that through a specially designed test, the investigators could predict preeclampsia in these women long before its symptoms became clear. Proteomics were used to detect the mis-folded and abnormal proteins in the urine of these women. Through a test based dye that would stick to the mis-folded proteins, these investigators could detect potential preeclampsia suffering pregnant women.

The study investigators believe that their findings may prove to be very beneficial for the development of various new treatments and therapies. They state that they aim to conduct a deeper analysis on this issue, and attempt to better understand various means of diagnosing this disorder.

Their findings are presented at the Society for Maternal Fetal Medicine scientific meetings in San Diego, California.