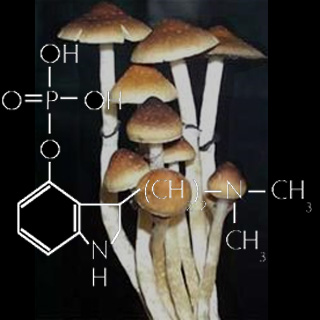 The sacred mushrooms contain in them a substance called psilocybin and is responsible for leading to spiritual effects.

John Hopkins, a researcher conducted a study that was published in 2006. 36 volunteers were involved in the study which tested them for the effects of psilocybin, under controlled conditions.

It has been found that many amongst the 36 participants still experienced the effects like increased sense of well-being or life satisfaction even after 14 months.

“Most of the volunteers looked back on their experience up to 14 months later and rated it as the most, or one of the five most, personally meaningful and spiritually significant of their lives,” says lead investigator Roland Griffiths, Ph.D., a professor in the Johns Hopkins departments of Psychiatry and Behavioral Sciences and Neuroscience.

For conducting this type of a research, researchers are given certain guidelines. The guidelines often recommend that researchers should refrain from conducting such studies on people who are mentally unfit or at the risk of psychosis. The participants should be prepared with a help of a detailed guidance and psychological support during and post the hallucinogen effect. This accounts for the safe and standardized practices in human research.

Both the researches have been published in the Journal of Psychopharmacology and both these studies confirm the effects of psilocybin, a plant alkaloid as ‘full mystical experience’ on the 60 percent of the 36 active and spiritually healthy participants.

“This is a truly remarkable finding,” Griffiths says. “Rarely in psychological research do we see such persistently positive reports from a single event in the laboratory. This gives credence to the claims that the mystical-type experiences some people have during hallucinogen sessions may help patients suffering from cancer-related anxiety or depression and may serve as a potential treatment for drug dependence. We’re eager to move ahead with that research.”

Griffiths also notes that, “while some of our subjects reported strong fear or anxiety for a portion of their day-long psilocybin sessions, none reported any lingering harmful effects, and we didn’t observe any clinical evidence of harm.”

Psilocybin works on influencing the brain receptors that respond to the neurotransmitter serotonin. Warnings from scientist also suggest that such hallucinogens when administered in uncontrolled conditions, they may cause erratic behaviour that may be harmful, as well as there are possibilities of fear and anxiety.