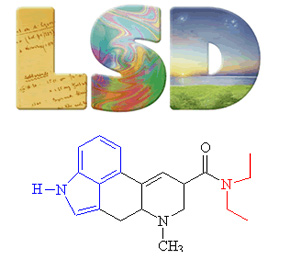 A single dose of the hallucinogenic drug LSD which is taken in a clinical nurturing environment can be very effective as a treatment for alcoholism. This unusual therapy to cure alcoholism has been studied by Dr. Erika Dyck, History of medicine professor at the University of Alberta. Dyck has been studying records of a study conducted by pioneering scientists in Canada during the fifties and the sixties.

The Study:
After perceiving similarities in the experiences of LSD, and people going through delirium tremens, the psychiatrists conducted a number of experiments on study participants. They noted that delirium tremens, aka DTs often marked a ‘rock bottom’ or turning point in the behavior of alcoholics. They felt that LSD may be able to trigger such a turnaround without going through the painful effects associated with DTs.

The Findings:
“The LSD somehow gave these people experiences that psychologically took them outside of themselves and allowed them to see their own unhealthy behavior more objectively, and then determine to change it,” said Dyck, who read the researchers’ published and private papers and recently interviewed some of the patients involved in the original studies, many of whom had not had a sip of alcohol since their single LSD experience 40 years earlier.

“The LSD experience appeared to allow the patients to go through a spiritual journey that ultimately empowered them to heal themselves, and that’s really quite an amazing therapy regimen,” Dyck said.

“Even interviewing the patients 40 years after their experience, I was surprised at how loyal they were to the doctors who treated them, and how powerful they said the experience was for them–some even felt the experience saved their lives,” she added.

But in spite of the promise LSD showed as psychotherapy tool, its subsequent popularity as a street drug, and the perception of it as a threat to public safety, triggered a worldwide ban in the late 1960s including its use in medical experiments.

However, the ban on its use in medical experiments appears to be lifting, Dyck noted. A few groups of researchers in the U.S., including a team at Harvard, have recently been granted permission to conduct experiments with LSD.

“We accept all sorts of drugs, but I think LSD’s ‘street’ popularity ultimately led to its demise. And that’s too bad, because I think the researchers in Saskatchewan, among others, showed the drug is unique and has some intriguing properties that need to be explored further,” Dyck said.