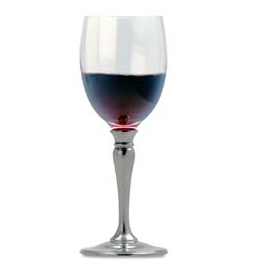 A new study has said that a compound that is found in red wine may help to prevent cancer of the prostate, a gland in the male reproductive system.

The compound that is found in red wine is called ‘resveratrol’. According to scientists this compound has anti-oxidant and anti-cancer properties. Interestingly, resveratrol is also found in grapes, raspberries, peanuts and blueberries.

Now, in this new study, researchers led by Coral Lamartiniere of the University of Alabama at Birmingham fed mice the compound and found an 87 percent reduction in their risk of developing prostate tumors.

It was found that the mice that were given the compound mixed with their food over seven months showed the highest cancer-protection effect.

Doctors recommend moderate consumption of alcohol, particularly wine for both men and women as it provides a host of benefits with regrds to dementia, increased stamina, prevention of damage from strokes, and possibly even as a means to extend one’s life span.

Moderate consumption refers to an average of two drinks a day for men and one drink a day for women.