A latest report from University of Liverpool says that contraceptive pills can alter a woman’s ability to choose a ‘genetically different’ partner. So while women take the pills as a safety precaution, they may be in turn destroying the chances of the choosing a partner that they would originally prefer. 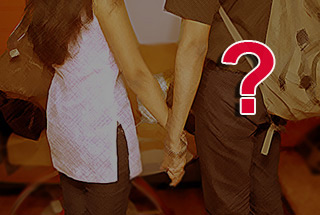 In simple words, woman chooses a partner through body odours and is attracted to the one genetically different than them. While women do not go on sniffing partner virtually, there are genes that play a role in determining the right partner. Choosing a genetically different partner also helps in maintaining gene diversity.

Genes in Major Histocompatibility Complex (MHC) assist the body in building up proteins involved in the immune response system and have a significant role in odour when they mix up with skin bacteria.

“The results showed that the preferences of women who began using the contraceptive pill shifted towards men with genetically similar odours. Not only could MHC-similarity in couples lead to fertility problems but it could ultimately lead to the breakdown of relationships when women stop using the contraceptive pill, as odour perception plays a significant role in maintaining attraction to partners.” said Craig Roberts, a Lecturer in Evolutionary Psychology who carried out the work in collaboration with the University of Newcastle.

The contraceptive pills have been determined to affect women’s preferences messing up with the system. This can also lead to difficulties in conceiving, increased chances of miscarriages and long intervals between pregnancies. Parents with similar genetic make up can also put the child at the risk of having a weak immunity system.