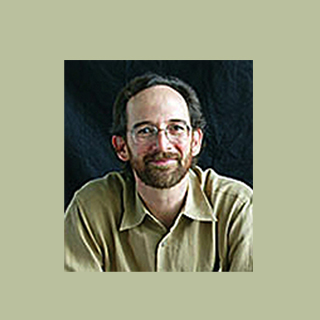 Heart patients may find this news to be extremely relevant to them. Researchers at the Stanford University School of Medicine examining cardiac development in mouse embryos have seemingly recognized the source of cells that turn into coronary arteries.

Unexpectedly, the cells appear to stem from a completely diverse portion of the heart than formerly believed. Even though, they start life as venous cells, steering blood into the chambers of the embryonic heart, they experience a type of natural reprogramming as they travel across and into the surface of the heart to turn into arteries and capillaries. Comprehending and recreating the conditions that enable these cells to exchange identities from vein to artery could aid several people suffering from coronary artery disease.

Professor and chair of biochemistry Mark Krasnow, MD, PhD, comment, mentioned, “If we can learn about how coronary arteries develop normally, we may be able to take that information and engineer better coronary bypass grafts, or even learn how to increase blood flow to the heart muscle without surgery.”

Anatomical researches of humans and other mammals had presumably proposed that the cells that make up the coronary arteries are said to be resultant from areas around the aorta. But latest researches in chick embryos apparently mixed up an embryonic heart structure known as the proepicardium. Red-Horse observed the cells strongly over time. Nevertheless, she discovered that roughly 11.5 days subsequent to conception, cells from an embryonic cardiac structure known as the sinus venosus started to travel across the surface of the muscle. By 14.5 days, they had developed into identifiable coronary arteries.

While veins channel deoxygenated blood back to the heart, arteries, coronary and otherwise appear to transport fresh blood all through the body. The cells that make up veins and arteries appear to be extremely dissimilar. Each has to apparently hold an exclusive set of conditions, counting the pressure, flow patterns, pH and biochemical components of the blood they bring about.

To corroborate her discovery, Red-Horse supposedly cultured developing hearts from mouse embryos in a dish. She apparently discovered that in contrast to controls, the chambers of hearts in which she had eradicated the sinus venosus kept beating but never became coronary vessels.

Red-Horse then utilized a cell-marking technology crafted by senior research scientist Hiroo Ueno, PhD, in the laboratory of Irving Weissman, MD, to tag individual cells in the developing hearts of mouse embryos with diverse colors. The tagging experiments appear to have established that a single cell from the sinus venosus could travel across the heart and not only turn into the lining of the coronary arteries, but also of the veins and capillaries on the heart.

Red-Horse and her colleagues are now attempting to recognize these signals and examine how they alter the cells’ gene expression patterns as they experience this conversion. The subsequent step would be to see whether they could persuade human cells to go through a similar transformation.