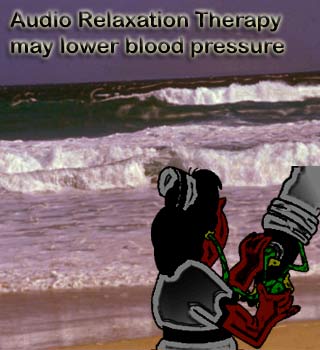 We all know music calms the soul. Now music it seems may also work like magic in the elderly, especially if they have high blood pressure. Older adults who suffer from high blood pressure showed a better response in terms of lowered blood pressure levels as part of an audio relaxation program as compared to a Mozart sonata, reveal researchers.

The relaxation instruction audio was accompanied by soft sounds of waves lapping on the beach. Better than a Mozart serenade, it was found to have a more soothing effect in easing hypertension due to stress in the elderly.

Jean Tang, the study’s lead author and an assistant professor at the College of Nursing at Seattle University in Washington, remarked, “This is a simple program that’s very easy to do, and blood pressure did decrease. It won’t replace medicine. It can only reduce blood pressure to a certain point — it’s like making lifestyle changes.”

The study comprised of 41 adult participants living at three retirement facilities. While 20 individuals listened a 12-minute audio-guided relaxation training program (ATP) with background sounds of ocean waves and a calming voice three times a week for four months, a group of 21 participants listened to a 12-minute Mozart sonata three times a week for four months. These volunteers were measured for systolic blood pressure, diastolic blood pressure and heart rate before and after each session by the researchers.

As a result of the audio relaxation therapy, nursing home residents showed a drop in systolic blood pressure by about three points and diastolic pressure by 1.5 points compared with Mozart’s music.

Though the relaxation program was used for many years to correct TMJ problems for chronic pain, cancer patients and to train athletes, this is the first time it has been used to analyse blood pressure levels in the elderly.

The study was presented at the American Heart Association’s 62nd Annual Fall Conference of the Council for High Blood Pressure Research.