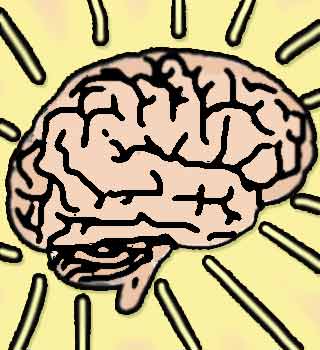 Autism, a brain development disorder characterized by impaired movements and communication has been commonly associated with brain deficiency. Contrary to this popular notion, a duo of Swiss neuroscientists claims that autism may in fact be caused by a supercharged mind.

Autistic kids it appears are so clever that they make everyday experiences extremely overwhelming. The husband and wife team Kamila and Henry Markram of the Swiss Federal Institute of Technology in Lausanne reveal that the condition could be caused by a system overload which in turn makes these kids feel the world around them is frightening and overly intense.

While mentioning about the theory, Kamila Markram told the New Scientist, “Our hypothesis is that autistic people perceive, feel and remember too much. Facing the intense world makes autistic infants withdraw, with serious consequences for their social and linguistic development. They build very strong memories. So strong that you establish a routine that you can’t undo: you are stuck on a track.”

Mrs. Markram additionally remarked that a repetitive behaviour in autistic kids like head banging or rocking may actually be an attempt on their part to bring order and predictability to a chaotic world.

Their research involved a first hand analysis of their own son who is border line autistic. The study was based on one of the most replicated findings in autism which is abnormal brain growth. The scientists mention that the brains of autistic kids are small or normal sized at birth but tend to grow unusually quickly. So by the time these children start showing the symptoms of autism, that’s by age 2 or 3, their brain size is approximately 10% larger than average.

The researchers believe that kids with autism are victims of ‘hypermemory’. They defined the condition as one in which the child locks himself in certain compulsive routines and thus develops his intellectual skills.

The Markrams thus assert that while most of the theories surrounding autism comprehend an underperformed brain, they believe the opposite is true. This they suggest could explain the erratic nature of this condition.

Gut worms may be important for averting asthma and other diseases