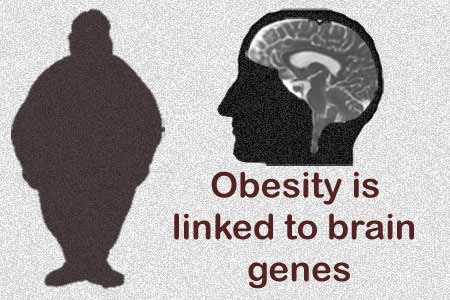 Genetic study of more than 90,000 people has distinguished six new genetic variants, which are believed to be linked to an increased Body Mass Index (BMI). Five of these variants are said to be active in the brain, thus stating that various genetic variants implicated in obesity, instead of influencing the chemical processes of energy or fat metabolism, may influence behavior.

By unveiling the genetic variants that influence obesity, the researchers aim to better understand the procedure regulating energy balance, which may in turn lead to development of new therapies and diagnosis. Obesity is a huge risk faced by an individual’s health, and also a huge burden on health care systems.

Senior author of the study, Dr. Inês Barroso, the Wellcome Trust Sanger Institute, says, “It might seem remarkable that it is the brain that is most commonly influenced by genetic variation in obesity, rather than fat tissue or digestive processes. Until 2007, no genetic associations had been found for ‘common obesity’, but today almost all those we have uncovered are likely to influence brain function.”

Weight gain occurs, when the calorie-intake is more than the amount of calories burned. However, behavioral processes like appetite, satiety and also the biochemical mechanisms that the body uses to process food and use the stored energy also play a major role. The hypothalamus in the brain is said to be the controller of our basic functions like body temperature, fluid and hunger balance. It seems that, it is programmed in such a way to maintain the status quo.

A study on twins reveals that genetics can vouch for about 40-70 percent of the variation in BMI. However, it’s stated that only one of the earlier identified genes was believed to be associated with obesity in humans. The additional six new genes will, supposedly, give the researchers a huge amount of the required knowledge, about the process of the brain that influences an increased BMI in humans.

Researchers say that, most of the genes that are linked to an increased BMI are active in the brain. They state that as more genes get unveiled, they will, apparently, get a better view of the process of obesity, which will probably help them embark on various un-ventured avenues. They hope that maybe the discovery of innumerable genetic variants may help in better understanding the various illnesses and diseases and thus the development of efficient treatments.

The study is published in Nature Genetics.

Differences observed in age of hospitalization among diverse races?