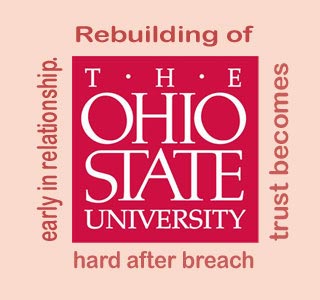 The researchers conducted two related experiments on the issue. They made college students play in a game, where they were to be betrayed by their partners. Some were betrayed early in the game, while the rest later in the game.

Study author, Robert Lount, assistant professor of management and human resources at Fisher College of Business in Ohio State University, states that, their study results reveal that breaking of trust at an early stage in a relationship can have adverse effects and may make it difficult to rebuild complete trust again. He says, “First impressions matter when you want to build a lasting trust. If you get off on the wrong foot, the relationship may never be completely right again. It’s easier to rebuild trust after a breach if you already have a strong relationship.”

The main aim of the researchers was to determine if the betrayed partner could rebuild his trust again after getting deceived. The researchers made use of the renowned psychology game, prisoner’s dilemma. The players had to individually decide if they wanted to work together with their partner or deceive their partner in return for money.

During the first experiment, more than 130 students played the game on a computer. They were made to believe that their computer was networked to another student in another room. However, in reality, they were playing against the computer itself, which was manipulated in such a way so as to deceive the player various times during the 30 rounds of game.

Some were betrayed early in the game, while the rest later in the game. Some computers were also programmed in such a way that they would always cooperate with the students.

At the end of the game the students had to fill out questionnaires as well. The ones deceived early didn’t think their partners were very trustworthy, as opposed to the one’s who were betrayed later.

The study authors state that immediate breaches of trust may cause more damage to a relationship, because it apparently influences the first impression that a person has about his partner. It is supposedly very difficult to repair the damage done after an immediate breach of trust.

Their findings are published in the Personality and Social Psychology Bulletin issue.