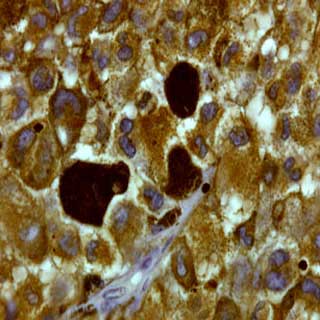 The cancer stem-cell model which was thought to be a promising explanation to the causes of most of the cancers is actually not so believe University of Michigan (U-M) researchers.

Sean Morrison, director of the Center for Stem Cell Biology, U-M Life Sciences Institute says, the revelation of this fact, questions the possibility of the model’s application to other type of cancer’s as well. He states that, “I think the cancer stem-cell model will, in the end, hold up for some cancers. But other cancers, like melanoma, probably won’t follow a cancer stem-cell model at all. The field will have to be reassessed after more time is spent to optimize the methods used to detect cancer stem cells.”

An experiment conducted on rats, which were transplanted with human melanoma cells, revealed that these cells were not rare and were commonly found everywhere. The lab tests had however not being able to identify them. The techniques commonly used to identify cancer cells in mouse transplants are called NOD/SCID assay.

Dr. Timothy Johnson, director of the U-M melanoma program, says, “People were looking to the cancer stem-cell model as an exciting new source for the development of life-saving cures for advanced melanoma. Unfortunately, our results show that melanoma does not strictly follow this model. So we’ll need to redirect our scientific efforts and remain focused on the fundamental biological processes underlying the growth of melanomas in humans. And as we pursue new treatments for advanced melanoma, we’ll have to consider that a high proportion of cancer cells may need to be killed.”

These findings don’t completely discredit the capability of the cancer stem-cell model. It is stated that the cancer stem cells must be existing in some genres of cancer; however, they more common exist, than previously thought.

Researchers also say that, the previous studies had miscalculated the amount of the tumor causing melanoma cells in the NOD/SCID mice. This had occurred because the natural killer cells had destroyed majority of the cancer cells. The process of abolition of the killer cells led to the successful growth of the implanted melanoma cells in tumor in the mice.

Their findings are published in the Nature edition.