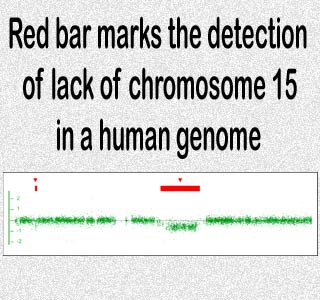 Earlier studies on the topic apparently had not associated the lack of micro-deletions or minute chromosomal segments with the development of certain disorders, including epilepsy. A study was conducted on patients in the U.S., which verified this theory, that a subset of epileptic patients suffered a deficiency of a certain segment of the mentioned chromosome.

First author of the research study, Dr. Ingo Helbig, University of Kiel and Department of Neuropediatrics at the University Medical Center Schleswig Holstein, Germany, says that, “So far, we didn’t know that microdeletions, loss of entire chromosomal segments including several genes, can also be a cause for common diseases. This finding will help understand why people suffer from common disorders including epilepsies.”

It is estimated that about 3 percent of the general population go through epileptic seizures. On an average about 1 percent experience recurrent seizures, and are diagnosed with epilepsy. It’s stated that hereditary factors are crucial elements that lead to the development of common forms of seizure disorders. Thus a huge step has been taken forward with the revelation of the chromosome 15 or 15q13.3 micro-deletions in common forms of epilepsies.

The researchers hope that their study may aid in better understanding the process of how this particular chromosome deficiency leads to epilepsy, which may in turn help them in developing appropriate treatments to overcome seizures in patients.

This study was coordinated by Dr. Thomas Sander from the Cologne Center of Genomic at the University of Cologne, Germany. It was conducted with the joint collaboration of around 40 co-authors. Dr. Evans Eicher at the Department of Genome Sciences and Howard Hughes Medical Institute at the University of Washington, Seattle, is said to be one of the first few who had initiated a study on chromosome 15 in human diseases. Even Dr. Evan Eicher’s team has been credited for their contribution to this study.

Their findings are published online on Nature Genetics.

Amount of Gluten intolerance sufferers in Finland appears to have doubled