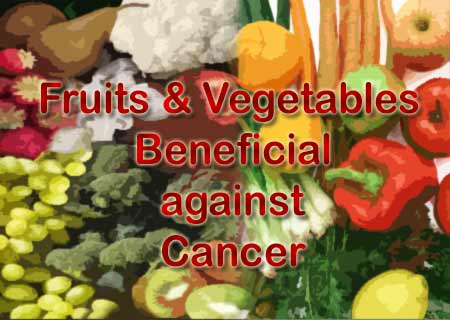 Diet plays a major role in the development of various diseases and illnesses. Emory University researchers have attempted to verify which food compounds have positive effects and can be used for treatment and maybe even prevention of grave diseases like osteoporosis and cancer.

Omer Kucuk, MD, professor of hematology and medical oncology at Emory Winship Cancer Institute, examines and evaluates certain food compounds and their effects on prevention and treatment of cancer. It is believed that food compounds like soy isoflavones and circumin may be able to enhance chemotherapy and radiation therapy efficiency.

It is stated that Kucuk’s earlier clinical trials revealed the positive effects of soy and lycopene supplements in prostate cancer treatments. He says that, “In our preclinical studies we have observed that taking soy isoflavones during chemotherapy and radiation for advanced prostate cancer can improve the efficacy of the treatments. The compounds sensitize the cancer cells to chemotherapy and radiation while at the same time they protect the normal tissues from side effects.”

He says that the food compounds used as therapy or prevention can be included in the daily diet. These nutritional compounds may not have any side effects at all. He says, “People can get enough lycopene by eating tomato paste and tomato sauce, which is very rich in lycopene. So, if people ate a couple of ounces of tomato paste a day as part of a regular diet, they would eat enough to get all the benefits.”

Kucuk and other researchers are in the midst of determining the process of how soy isoflavones bring about an increase in the efficiency of chemotherapy and radiation therapy. Kucuk says that soy isoflavones are pleiotropic agents; they influence various pathways in numerous cells including the cancer cells.

Kucuk goes on that such nutritional compounds are very effective, because most of the drugs used aim for a particular pathway and are usually quite toxic. On the contrary these compounds influence various pathways and are non-toxic; they tend to have lesser side effects as compared to some drugs. Thus these compounds prove to have a more effective outcome.