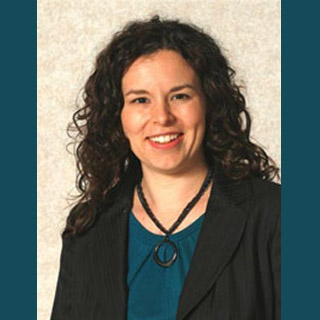 A latest study claims that pregnant women with considerable symptoms of depression tend to have a stronger biological reaction to the seasonal flu vaccine as compared to women with lower depression levels.

Earlier studies are believed to have recognized a link between some preterm births and gestational high blood pressure cases and infection or inflammation. According to the study authors, avoiding the flu with a safe vaccine may perhaps be one method to lower the chances of complications. Supposedly, an internal inflammatory response to vaccination is common. Since it’s an essential part of the process, the immune system seems to initiate in order to prepare for a successful fight against an actual infection. However it’s also expected to be a weak and brief response.

“Inflammatory responses to vaccination do no harm, are mild, and typically go away within a few days. But an extended inflammatory response to vaccination, such as the one seen in women with the most depressive symptoms, isn’t expected, and it serves as a way to estimate how somebody might respond to an actual infection or illness,” says lead author of the study, Lisa Christian, an assistant professor of psychiatry at Ohio State University.

According to the Centers for Disease Control and Prevention (CDC), in spite of public health recommendations that pregnant women get seasonal flu shots, only an estimated 12 to 13 percent of pregnant women in the United States appear to have done so in recent years.

Lisa along with her colleagues signified that pregnant women experiencing depressive symptoms and certain stress appear to have higher levels of inflammatory markers in their blood as compared to pregnant women with lower depression and stress levels. Though this mind-body connection is believed to be well established in people suffering from chronic stress, Christian claimed that few studies have analyzed the effects of depression and stress during pregnancy. The study has shown that pregnancy seems to suppress certain functions of the immune system in order to prevent rejection of the fetus and to protect the fetus from inflammation that comes along with fevers and other illnesses.

In this flu vaccine study, nearly 22 pregnant women were noted to have completed questionnaires about their depressive symptoms. In addition, they gave blood samples before they received a seasonal influenza shot. Also, between six and nine days later, a second round of blood samples was gathered. The study experts were believed to have assessed the women’s depressive symptoms via the Center for Epidemiologic Studies Depression Scale, a series of 20 questions about physical, emotional and cognitive symptoms.

Further, the women were observed to have been classified in three groups namely having either no or minimal depression, mild or moderate depressive symptoms and considerable depressive symptoms. A diagnosis of depression could possibly be made only after an interview with a doctor. The experts seemed to have examined the post-vaccination blood samples for the presence of macrophage migration inhibitory factor (MIF). MIF is known to be a protein that promotes inflammation by suppressing other substances inside the blood that fight inflammation.

The findings revealed that a week after receiving the flu shots, the women with the highest scores on the depression scale appear to have approximately twice as much MIF inside their blood in contrast to women reporting minimal symptoms.

“The more depressive symptoms the women had, the more MIF they had after vaccination. In the context of an actual illness, the response would be expected to be much more robust and more extended. And then we might have concerns about whether women who show an exaggerated inflammatory response would be more susceptible to complications,” elucidates Christian.

Christian’s previous study on inflammatory markers in the blood during pregnancy has revealed that such inflammation during pregnancy could possibly increase the risk of preterm birth and preeclampsia, a high blood pressure condition that can occur during the last half of pregnancy.

In general, the women reporting more depressive symptoms seem to considerably have higher levels of interleukin-6 (IL-6) inside their blood in contrast to women with fewer symptoms. The association between depressive symptoms and tumor necrosis factor-alpha (TNF-a) was observed to be not as strong. However, it was still considered to be significant.

In both studies, the study authors were believed to have analyzed a variety of health behaviors and measures. For example, body mass index, cigarette smoking, prenatal vitamin use and physical activity, in order to measure whether these factors may possibly affect the presence of inflammation markers. However, Christian claimed that none of the measures seem to have a significant effect.

Study experts were of the opinion that the finding provides an argument in favor of flu vaccination during pregnancy, because it suggests that the immune systems in depressed pregnant women appear to not function characteristically. This immune dysregulation could possibly affect symptom severity among women who become infected with influenza.

The subsequent step will be to follow more women, for longer, in order to notice if psychological factors during pregnancy could perhaps be linked directly to birth outcomes.

The findings of the study have been published in the online journal, Brain, Behavior, and Immunity.