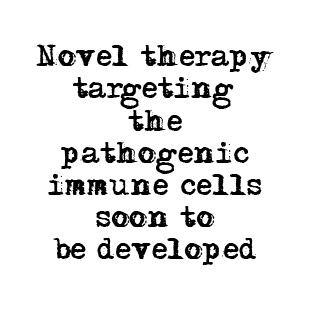 Two researchers are attempting to develop a combination therapy which aims at the pathogenic immune cells. They hope to develop this therapy with nano-particles. This research is to be conducted by Tarek Fahmy, assistant professor of biomedical engineering; and Joseph Craft, professor of medicine and immuno-biology and chief of rheumatology.

It has been stated that the immune system cells prevent the entry of bacteria and viruses in the body. It is believed that in lupus, these cells as a result of break down show an aggression in different parts of the body. As a result of this assault, inflammation takes place in the joints, skin or kidneys.

The researchers have stated that they are not certain as to how does this malfunction commence. However they are certain that the disease spreads due to the interaction of these immune system cells. It is stated that these cells supposedly prompt each other to cause damage.

These two researchers hope to develop a nano-particle system which can aim for these particular cells and create a hurdle in their interaction. The nano-particle system is believed to be the size of a virus. It is stated that this invention will be tested in lupus model systems.

Fahmy says that, “We have promising preliminary data showing that this targeted combination delivery of drugs to T cells is a more effective and potent form of specific therapy than use of a free drug.”

Their work has been supported with a three-year grant by the Lupus Research Institute. They have been granted a $300,000 Novel Research Award for this purpose.