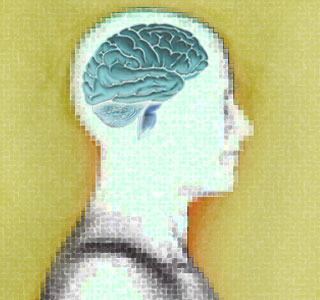 In a recent study, investigators have uncovered genetic variants that could heighten the risk of paranoia in people addicted to cocaine. They believe that these genetic variants may influence a person’s cocaine dependence as well. However, they further state that the various factors that determine an individual’s dependence on cocaine are not entirely clear as yet. This study was conducted by the scientists from Yale and their colleagues at Boston University School of Medicine and the University of Connecticut.

In the present study, the investigators kept a close watch on a particular region of the genome, which previously had been shown to have been linked with cocaine dependence and cocaine induced paranoia. This study was conducted on a sample batch of almost 4,000 subjects of European or African descent.

Earlier studies on twins, adoption and families had revealed that that cocaine dependence may have a strong genetic component. It was also revealed that numerous individual gene variants presented an increased risk of addiction to a variety of abusable substances.

Dr. Joel Gelernter, professor of psychiatry, genetics and neurobiology, and director of the Division of Human Genetics in Psychiatry, Yale University School of Medicine says that, “We feel that these findings are of great interest because of the novelty of the physiological pathway involved. This is one of the great advantages of taking a genome-wide approach to discovery of risk variants for complex traits like cocaine induced paranoia — you can learn about mechanisms that you would probably have never considered beforehand. This will open a new line of inquiry into the physiology of cocaine-induced paranoia, and possibly into symptoms of paranoia more generally.”

The study investigators conducted a genetic analysis of about 11 variants of the a-endomannosidase gene. The a-endomannosidase gene is believed to be responsible for the metabolization of complex carbohydrates. Among African Americans it was found that out of 11 variants, nine of them appeared to have a relationship with cocaine-induced paranoia; whereas, six such variants seemed to have a relationship with cocaine-induced paranoia among the European Americans.

The investigators stated that such variants were also linked with cocaine dependence; however their link was not as strong as it’s link with cocaine-induced paranoia.

Their findings were published in the journal Archives of General Psychiatry.