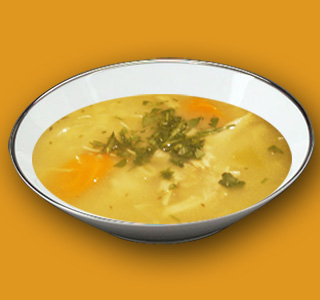 A traditional food consisting of chicken soup with matzoh balls may turn out to do more than just satisfy your hunger. A latest study by Japanese scientists have stated that this traditional dinner may act as a medication and help in fighting against high blood pressure. This study was conducted by Ai Saiga, Ph.D., and colleagues. This study has been conducted at a time where it coincides with the Jewish holiday of Passover.

High blood pressure is believed to be a major risk factor for developing various heart diseases and stroke. It has been stated that globally, an innumerable number of people suffer from high blood pressure, thus the study findings may prove to be very crucial.

Presently, various foodstuffs have been pointed out to consist of certain properties that may be helpful to people suffering from hypertension. One such food item was found to be chicken breast muscle. On the basis of previously conducted studies, these experts have stated that chicken breast may contain collagen proteins whose effects are believed to be very similar to angiotensin-converting enzyme or ACE inhibitors. Angiotensin-converting enzyme inhibitors are said to be the medications used in the fight against high blood pressure.

However, the amount of these proteins present in chicken breast was said to be quite low. Due to this, these collagen proteins in chicken breast could not be utilized for generating food and medicinal products to treat high blood pressure. It was then discovered that chicken legs and feet apparently consisted of a greater amount of this particular protein.

Therefore to test the validity of these proteins found in chicken legs and feet, the study investigators extracted them and analyzed them. The ability of these collagen proteins to act as angiotensin-converting enzyme inhibitor was tested by these investigators. In the collagen protein mixture, they detected around four different proteins suspected of having angiotensin-converting enzyme inhibitor properties.

As far as the matzoh balls present in the chicken soup are concerned; experts say that they may not have any specific function other than satisfying your taste buds and hunger. Following this article, people may adopt a different perspective towards the effects that the consumption of chicken soup may have on the over all health.

This study has been published in the Journal of Agricultural and Food Chemistry of the American Chemical Society.

Alzheimer’s: Use of nutrient biomarkers could seemingly improve nutritional approaches