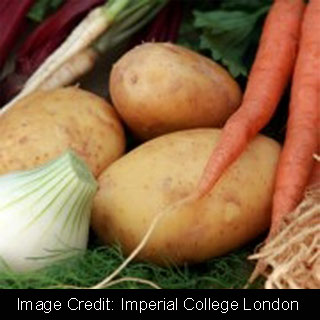 The reason behind the capability of vegetables to lower blood pressure has been identified. It seems that glutamic acid present in veggies may be one of its vital components which aid in lowering blood pressure. This revelation was jointly made by the investigators from the Imperial College London and Northwestern University, Chicago, and other institutions in Japan, US and China.

Glutamic acid is believed to be a type of amino acid. Just recently we had covered a news report which had amino acid in the limelight, illustrating its beneficial effects in treating a hair-pulling disorder. It seems that this particular component may have more than one positive health effect!

For the purpose of the study, the diets and blood pressure statistics of more than 4,000 people were believed to have been evaluated. Out of the analyzed levels of five amino acids, the experts found glutamic acid to stand out. It was noted that the people having more of this component seemed to relatively have a lower blood pressure, than their counterparts.

This study is believed to build on another analysis linking higher intake of vegetable protein to lower blood pressure. Evidently the observations made in the study may aid in better understanding the reason for the success of the DASH diet in reducing blood pressure. This particular diet notably consists of low-fat dairy products, lots of fruits and vegetables, lean poultry, beans, nuts, whole grains, etc. All these products are stated to be naturally rich sources of glutamic acid.

It was observed that the people consuming foodstuffs rich in glutamic acid seemed to have lower blood pressure as compared to the remaining study subjects. Since hypertension may be categorized as a risk factor for heart diseases, lowering blood pressure even little may reduce the overall risk of cardiovascular diseases.

These experts hope that their findings may be used for the development of effective diets and also guide people on how to avoid and control hypertension, and thereby lower their risk of developing heart-related diseases.

This study has been published in Circulation: Journal of the American Heart Association.