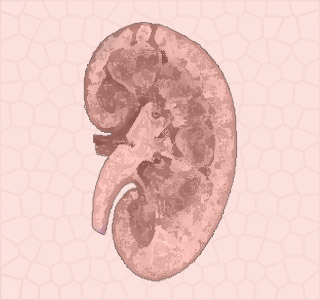 According to a new study, black-skinned people in the United States may have a higher likelihood of requiring dialysis and developing end stage renal disease (ESRD) as compared to their white-skinned counterparts. However, it was also stated that once they reach the later stages of kidney disease, they may have better longevity than the white skinned people. This study was jointed conducted by the experts from the Salem VA Medical Center and the University of California Los Angeles.

For the purpose of better understanding this criterion, the study investigators analyzed and compared both, black-skinned and white-skinned male patients suffering from moderate and advanced chronic kidney disease (CKD). None of these patients were believed to be on dialysis and all were treated within the Veteran Health Administration (VA) System, itself.

Study author, Dr. Csaba P. Kovesdy, MD, Salem VA Medical Center, says that, “Studying patients with non-dialysis dependent CKD is important to determine the reasons behind the higher incidence of ESRD in blacks in order to address the root causes of this discrepancy.”

The investigators, by conducting this study within the VA System, could supposedly evaluate patients, where both the white-skinned and black-skinned people had equal access to health care.

It was observed that, once they reached moderate to advanced kidney disease, black skinned people may have a lower likelihood of dying. This likelihood was inspite of the fact that the rates of kidney function decline were similar in patients having either skin colors. The reason for having a lower rate of death among the darker skinned patients was possibly due to the lesser occurrence of cardiovascular disease. On the other hand, clinical characteristics such as lower initial kidney function may possibly elucidate the higher incidence of end stage renal disease in these darker skinned patients.

It was assumed that the higher death rate among the darker skinned people in the earlier stages of kidney disease may explain the lower death rate among them when they reach the stage of moderate to advanced kidney disease. The study investigators have also stated that the black skinned patients, who live through the earlier stages of kidney disease, are suspected to have fewer health related issues like cardiovascular disease as compared to their white skinned counterparts. The experts believe that these findings may answer the question regarding the reason for the better rate of survival among the black patients in comparison to the lighter skin colored patients.

The investigators concluded by stating that their findings may be quite the opposite of what is noticeable in the general population. Therefore a deeper analysis on the topic is needed, which may aid in explaining the difference in views and also in removing all racial and ethnic differences between the different skin-colored people.

The findings of this study have appeared online in the Clinical Journal of the American Society Nephrology.