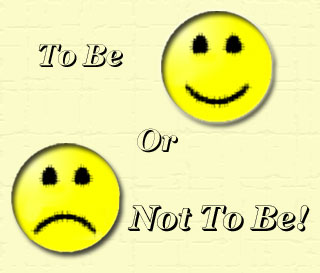 Happiness is presumed to be a state whose pursuit is believed to characterize a person’s condition. However the people who may be going through a tough phase, be it financially or suffering from an illness may find it a little difficult to look for happiness.

Now, a latest research suggests that perhaps happiness may be partly due to a particular gene in the body. This gene is believed to be 50% responsible for a person’s positive outlook. This interesting research was jointly conducted by Tel Aviv University and the Chaim Sheba Medical Centre at Tel Hashomer.

Professor Yoram Barak, Sackler School of Medicine, Tel Aviv University, is believed to be in the “attempt to find the happiness gene, the genetic component of happiness.” Evidently the previous research observations were stated to have raised the hope of successfully discovering the above mentioned gene.

“If something is genetic, it should have a large concordance among twins,” says Professor Barak. “And the twin studies we are looking at show that 50% of happiness is genetically determined.”

In order to uncover and unveil the concerned gene, Professor Barak is believed to be working in co-ordination with Professor Anat Achiron from the Sheba Medical Center.

It was noted that although it may take a long while to genetically administer happiness in a person, it could be initiated by having a positive approach or thinking positively. For this purpose, Professor Barak is believed to be working on a program of workshops related to positive psychology. This is believed to also have included exercises which were lately tested in one of his workshops conducted on more than 100 subjects. It was notably observed that the workshops seemed to elevate the subjects’ level of happiness by about 30%.

According to Professor Barak, the positive psychological effects gained from the program may also be accompanied by physical benefits. He explains that, “We were able to raise levels of happiness in these patients so they were just about equal to those of healthy subjects.”

These researchers are believed to be very hopeful about the capability of positive psychology on the health of an individual. This may even be applicable to otherwise healthy people as well.

Dr. Barak’s current findings in the search for the happiness-related gene are believed to have been presented in 2008 at The World Congress on Treatment and Research in Multiple Sclerosis, Montreal, Canada. They have recently been published in the journal, Expert Review of Neurotherapeutics, April 2009.

Study seems to offer some insights on Sonic hedgehog