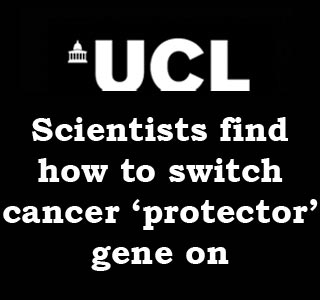 With difficulty in early detection, the causes of ovarian cancer continue to remain unknown. Latest discoveries and findings may help scientists anticipate a cure for this form of cancer. A groundbreaking research commenced by the University College London (UCL) claims that the ‘protector gene’ EPB41L3, which generally guards against ovarian cancer, is switched off in two-thirds of cases.

The investigators further affirmed that switching the gene back on may arrest tumor growth. With 65 percent cases of inactivated EPB41L3 in ovarian cancer patients, reactivation of this gene may lead to restriction of tumor growth. Also the reactivation can seemingly cause many cancer cells to commit suicide.

UCL’s Dr Simon Gayther, who led the research, commented, “Previous studies have found similar ‘protector genes’ but ours is the first to uncover EPB41L3 as a gene specific to ovarian cancer. We also discovered that the gene is completely lost in about two-thirds of the ovarian tumours we looked at. When we switched it back on in these tumours, it had a positive effect in killing cancer cells. This is a very exciting result because it means therapies that mimic or reactivate this gene could be a way to kill many ovarian cancers.”

Having employed a cutting-edge approach, the experts claim to transform whole chromosomes into ovarian cancer cells. The researchers then discovered that once an additional copy of chromosome 18 enhanced the activity of 14 key genes, many cells tend to die.

Jane Lyons, CEO of The Eve Appeal, affirmed, “This research is an exciting step forward – a gene has been identified that can help halt the growth and spread of ovarian cancers. The challenge now is for the researchers and clinicians to find a way to use this new information to increase survival from the disease.”

After observing more than 800 ovarian tumors, the investigators seemingly identified one of the 14 genes namely the EPB41L3 to be inactivated in almost two-thirds of malignant ovarian tumors. This was in comparison to less than a quarter of benign tumors and no normal ovarian cells.

Dr Lesley Walker, director of cancer information at Cancer Research UK, enlightened, “We know that there is a class of genes that protect us from developing cancer. This is an exciting new one specific to ovarian cancer. Advanced ovarian cancer is very difficult to cure, which makes this type of research even more important.”

The research was co-funded by Cancer Research UK and the gynaecological cancer research charity The Eve Appeal.