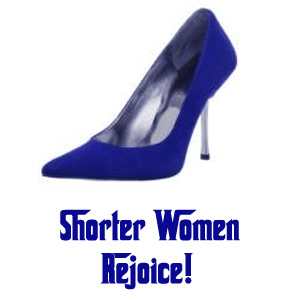 Shorter people often feel inadequate, but now there is good news for us vertically-challenged women! According to a new study, nature rewards shorter women with extra long lives, simply because it is in their genes!

The researchers at the Albert Einstein College of Medicine have said that mutations in genes governing an important cell-signally pathway influence human longevity.

This study is based on a survey that looked at over 450 Ashkenazi (eastern European) Jews aged between 95 and 110. Ashkenazis have descended from a small group and are more genetically uniform than other groups. This makes it easier to spot existing gene differences. In fact, in 2003, this study resulted in the first two “longevity genes’ ever identified.

Now, this latest study focuses on genes involved in the action of insulin-like growth factor (IGF-I), which is a hormone that is regulated by the human growth hormone. IGF-I is very important for children’s growth and also contributes to tissue synthesis in adulthood. This is because IGF-I affects virtually every cell type in the body.

Further, animal research has shown that mutations to genes involved in the IGF-I signaling pathway cause two effects- affected animals have impaired growth, but they also have longer life spans.

From this research, the scientists reasoned that altered signaling in this pathway might also influence human longevity.

For the study, scientists analyzed IGF-I-related genetic variations in 384 Ashkenazi centenarians. Further, since plasma levels of IGF-I do not really reflect their levels at a younger age, the researchers also looked at two other groups- their children and a control group of other Ashkenazis who had no history of longevity.

It was found that the centenarians’ female offspring had IGF-I plasma levels which were 35% higher than female controls. This could perhaps be a sign that the body was compensating for a ‘glitch’ in IGF-I signaling by secreting increased amounts of the hormone.

PSTI in breast milk may be instrumental in shielding the intestine...

Primatene Mist inhaler ruled out by FDA over environmental concerns