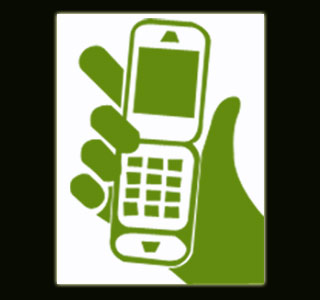 It is believed that text messaging in excess may not only result in sore thumbs but also have severe side effects on the neck, arms and hands. Apparently, according to a study at Sahlgrenska Academy, University of Gothenburg, Sweden, young adults facing similar symptoms in these parts of the body tend to use a different style when texting.

Ergonomist Ewa Gustafsson is believed to have studied mobile phone habits among 56 young adults who seem to text message on a daily basis. Apparently, it was observed that 50% of these subjects seemed to face problems in their neck, arms or hands whereas the remaining didn’t seem to face these symptoms.

Gustafsson has stated that, “Considering how much we use the small mobile phone keypads, it is important that we learn how they affect our bodies. We need to identify factors related to mobile phone usage that may affect our health and ability to work.”

According to Gustafsson’s theory, mobile phone users with the above mentioned symptoms may have a tendency to use their phones in a different way as compared to the healthy control group.

“Those with symptoms more often text messaged hunched over. Just like when using a computer, such posture should be avoided,” confirmed Gustafsson.

Supposedly, the subjects with neck, arm or hand problems were believed to have made use of one thumb instead of two to type a message. Therefore, the one thumb was presumed to be used continuously at a faster rate.

“It was fascinating to see how fast some individuals could use their thumbs and still find the right letters. Those with symptoms should use both thumbs to reduce the stress on their hands, but these individuals instead use the single-thumb technique to a larger extent than those without problems,” added Gustafsson.

Gustafsson has further said that, “These people use the technology as a tool to be and act in the present, to be social, effective and independent with almost unlimited possibilities. But there are also risks. Those interviewed related health risks to long-term usage, bad work posture and reduced physical activity.”

In addition to this, Gustafsson was noted to have interviewed 25 young adults who were believed to have mainly used mobile phones and computers to communicate.

It was noted that it may be better for people to perhaps type messages using both their thumbs and also avoid typing them fast. Apart from this it was further also pointed out that in order to avoid pain, one could possibly avoid sitting in the same position for a long time. Instead one could perhaps keep on changing their position and also utilize the chair’s backrest and avoid hunching for a long period of time. More so, one could also relax their forearms by resting them against their desk.