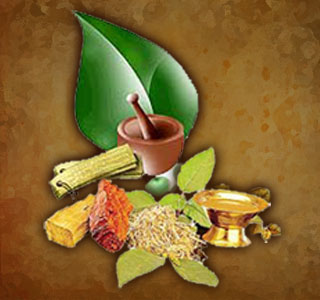 Ayurveda, the ancient science of Indian medicine is known to be useful in curing various diseases without having any adverse side effects on the body. In fact it is now believed that Ayurvedic medicines may also be beneficial in treating chronic diseases, without having any grave side effects on the patient. This claim was made by the Central Council for Research in Ayurveda and Siddha (CCRAS).

In order to determine the beneficial effects of Ayurveda, we had visited an Ayurvedic clinic. True to its word, this ancient technique of using herbs did appear to be beneficial in more than one way.

The experts from CCRAS believe that Ayurveda even holds the added capability to rectify the amount of damage done by chemotherapy in the form of side effects. It is also believed that Ayurveda may aid in improving the quality of life of cancer patients.

The experts from CCRAS were stated to have developed a new Ayurvedic drug with the help of the Indian Council of Medical Research. Together they were noted to have developed the Ayurvedic drug, AYUSH-QOL 2-A, which evidently enhances the patients quality of life. Apart from this, experts may also be in the midst of developing a mediation drug for the mentally retarded.

CCRAS Director General, Dr. G. S. Lavekar, says that, “Some more drugs like AYUSH-C for cancer, AYUSH-Osto for osteoporosis and AYUSH-SL for filariasis are also under the process of development.”

Dr. Lavekar also noted that the Central Research Institute for Ayurveda may be expected to soon conduct more research in understanding diseases like filarial and malaria, from their new campus. Thereby, indicating the development of many more new treatments via this ancient science.