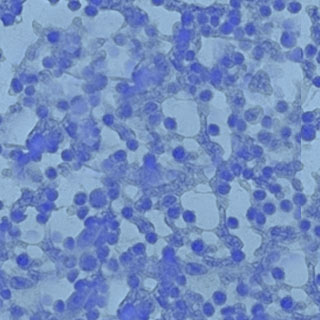 Innumerable studies have been conducted with the aim of better understanding the different causes of cancer. No doubt each of these studies have made an invaluable contribution to the later development of novel treatments/ therapies to fight against the disease. Now, another addition has been made to this list.

A newly conducted study has unveiled two novel genes which could predict the people having the greatest risk of developing melanoma skin cancer. These genes were jointly discovered by Twin Research Department at King’s College London with colleagues from the Imperial College London, The Wellcome Trust Sanger Institute, Brisbane Queensland Institute of Medical Research and Leeds.

Evidently, over the past 3 decades there seems to be an elevation in the occurrence of melanoma. For this purpose, the discovery of these genes may aid in curbing the increasing number of deaths faced by people due to this disease. Notably, it is a known fact that a huge number of moles or nevi may be a crucial indicator of melanoma. More so, this important risk factor for melanoma may even exceed excessive exposure to the sun-rays or tanning beds.

“In this study we identified two new genes that confer risk of developing melanoma, most probably by regulating the number of nevi. Approximately one in eleven people of European ancestry carry two copies of both gene variants. These people show twice the number of nevi and double the risk for melanoma,” says study author, Dr .Mario Falchi, Department of Genomic Medicine, Imperial College London.

Earlier evaluations had apparently put forth the idea that the genes which determine the number of moles may also be related to the melanoma genes. For this purpose, the investigators of the present study were noted to have assessed the DNA code of a number of people, and evaluated the differences in these DNA codes. To be precise they evaluated more than 1,500 healthy adult female twins. With the use of 300,000 genetic markers called SNPs, these experts discovered that the SNPs in chromosome 9 and chromosome 22 seemed to have a close association with greater number of moles. It was through this technique that they stumbled upon the two new genes for melanoma.

The observations made in this study were also believed to have matched the findings of another study made on the samples of adolescent twins.

Dr. Bataille has also stated that, “Moles are common in all European populations and the chance of any of them changing into a melanoma is very small. However, if you do have many moles, especially large moles, it is recommended that you have them checked.”

These findings have been published in Nature Genetics.