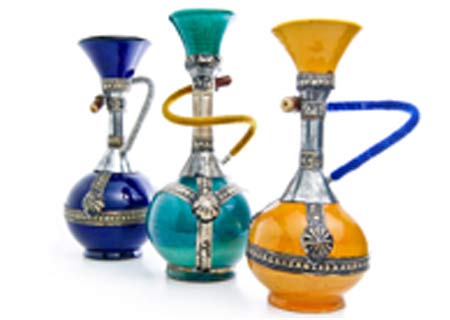 Smoking shisha appears to have become a convenient option for people pretending not to be smokers in the real sense. A report from the British Heart Foundation (BHF) now sheds light on some threatening effects of smoking shishas.

According to Freedom of Information (FoI) data, the number of shisha bars has increased by 210% since the ban on smoking was implemented. While there were around 179 known shisha outlets in 2007, presently there are nearly 556 of them in the UK.

BHF associate medical director, Dr Mike Knapton, cited, “Contrary to popular belief, shisha is not safer than smoking cigarettes. Don’t be duped by the sweet smell and wholesome sounding fruity flavours, if you use shisha you are a smoker and that means you’re putting your health at risk.”

Most of the survey respondents were under the misconception that shisha smoking was not as harmful as general cigarettes. However, the team asserted that an hour-long hookah session may be as good as smoking 100 tobacco cigarettes.

Surprisingly, only 43% of the adults in the analysis appeared to be aware that shisha contained tobacco, while about 13% of them believed that there are no harms associated with smoking hookahs. Importantly, this form of smoking is linked to some serious diseases that are usually connoted with normal smoking.

The take home message of this survey is that hookah smoking is as harmful as normal smoking. Generally, people smoking shisha are duped by the fruity smell and flavor exuded by them. This is one factor that is duly fueling the false belief.