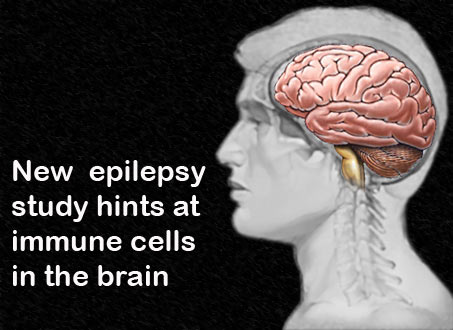 A recent study claims that traumatic head injuries lead to chronic seizures. These chronic seizures are apparently an outcome of chemicals released by the brain’s immune system in an attempt to repair the injured spot. This study was led by experts from the University of Colorado at Boulder.

Several experts in the past claimed to have focused on neurons as the cause in seizures. Neurons could be described as devastating ‘electrical storms’ in the brain. However, recent study was noted to have revealed that micro-glial cells may perhaps play an important role in seizures. They are supportive cells which represent a major part of the brain’s immune system. Allegedly, experts found that when a severe brain injury has occurred, these cells form a group inside the brain.

Chief author of the study and Professor of psychology and neuroscience, Daniel Barth was of the opinion that people who have experienced a brain injury or infection may suffer from acquired epilepsy. It is the most common forms of adult epilepsy and may have the possibility of being prevented. The changes in the brain may lead to the formation of chronic seizures which are mainly due to the identified head injuries which are frequently followed by latent periods.

“When there has been serious damage to the brain, such as a head injury or infection, the immune system is activated and tries to counteract the damage and repair it,” says Barth. “These glial cells migrate to the damaged area and release chemicals called cytokines that, unfortunately, also profoundly increase the excitability of the neurons that they are near.

“In our new study, we showed for the first time that glial cells moving in and secreting these cytokines cause the neurons in the area to become excitable enough to cause seizures.” Barth finds the study results extremely noteworthy. He has noted that the development of acquired epilepsy could be prevented if the brain’s initial immunity reaction could be closed for a short term.

Barth further added that, “After a traumatic brain injury, there is often a period of several months where nothing seems to be happening. And then suddenly the person may start having seizures, which often develop into chronic epilepsy.”

The lead researcher explained that during the period when nothing happens, the initial immune response to the brain injury appears to cause the first seizures. Soon after this the brain’s adaptive immune system that seems to function on a long-term basis creates structural changes in the brain. These structural changes could be responsible for epilepsy as a lifetime condition.

For the purpose of evaluating this criterion, experts conducted a series of experiment with rats. In the experiment, they applied bacteria called lipopolysaccharide (LPS) to the brain. The LPS were believed to have activated the micro-glial cells. These cells formed a group very rapidly where the LPS was applied and created an immune reaction in that area. These cells were then believed to have let out their cytokines. The cytokines seem to have excited the neurons which then caused seizures.

However when other drugs were applied directly, they either blocked the glial cells from getting activated or caused an effect of cytokines on neurons. In this manner, the drug destroyed all the signs of increased brain excitability and seizures.

“The thought is that maybe there is a window of opportunity where we could go in after an injury and administer one of these immune response inhibitors and stop a process that we think is going to lead to epilepsy”, Barth affirms. “So instead of giving anti-seizure drugs, which have no effect in preventing or subsequently treating post-traumatic epilepsy, we could give some anti-immune drugs which may actually stop the process of developing epilepsy in the first place.”

Existing medicines in the market seem to control the immune system for a temporary period of time. In addition, medicines which are at present under Food and Drug Administration tests may effectively stop the glial cells from reacting.

This study has been published in the journal Brain.