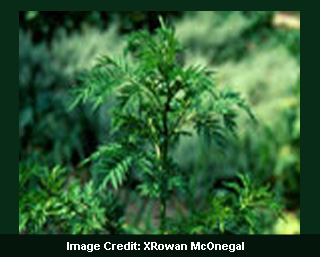 Taking into consideration the current onset of malaria spread, introduction of precisely effective treatment seems to have great significance. Scientists from the Wellcome Trust-Mahidol University-Oxford Tropical Medicine Research Programme have apparently put forth drug combinations that can be employed as first-line treatments for malaria. It was further suggested that boosting the treatments with a single dose of primaquine drug can decrease malaria transmission from treated patients and be a hallmark in elimination programmes.

It is known that this disease responsible for the death of approximately a million people annually is caused by parasites that are injected into the bloodstream by infected mosquitoes. Plasmodium falciparum apparently it’s most deadly form is believed to trigger nine out of ten deaths from malaria. The illness usually proving fatal for children and pregnant women is supposedly treated by the antimalarial drug known as artemisinin. The medication also named sweet wormwood was known in Chinese medicine for centuries as Qinghaosu.

Professor Nick White, a Wellcome Trust Principal Research Fellow who is based in Bangkok, who led the research highlighted, “We hope that our study will provide evidence on which policy-makers can base their decisions regarding which drug regimens should be used for first-line treatments. We recommend that artesunate-amodiaquine is no longer offered for treatment in Myanmar, but also recommend the addition of a single dose of primaquine. This latter drug is highly effective at clearing the blood of the malaria parasite and could have a major effect on malaria transmission from treated patients. It could play a crucial role in elimination programmes.”

Generally antimalarial drugs are in the form of the derivative artesunate, they can possibly be put to use as monotherapy. However, there is a risk that resistance may be developed. These medications are probably provided together with one or more other drugs as artemisinin-based combination therapies (ACTs). Even the WHO supposedly recommends ACTs as the first-line treatment for uncomplicated falciparum malaria in all endemic countries.

At the time of the research, investigators undertook an open-label randomised trial in clinics in Myanmar (Burma). This trial compared the effectiveness of four WHO-recommended fixed-dose ACTs. They include artesunate-amodiaquine, artemether-lumefantrine, artesunate-mefloquine and dihydroartemisinin-piperaquine. The experts also examined a loose tablet combination of artesunate and mefloquine. The outcome was that three of the four fixed-dose treatments and the loose-tablet combination appeared highly effective.

Scientists claim that artesunate-amodiaquine should not be employed as a first line treatment in Myanmar. In the course of the study, researchers also tested a single dose addition of the drug primaquine, targeting gametocytes in the blood. Researchers believe that the developmental stage of the parasite is gametocyte, which can be transmitted by and to the mosquito. It was observed that a considerable reduction in the length of time that gametocytes remained in the blood was achieved with the help of primaquine. This decline in time may further decrease ability of the malaria parasite to be retransmitted.

The research is published online in The Lancet Infectious Diseases.