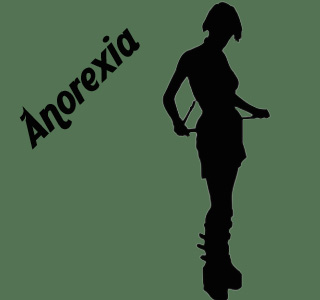 With the global rates of obesity sky-rocketing, a detailed analysis has been conducted on a condition which is its extreme opposite – anorexia. With the help of a novel imaging technology, experts were noted to have gained an insight into the irregularities in the brain circuitry of patients suffering from anorexia. This insight was provided by the experts from the University of California, San Diego.

These experts have evidently explained the dysfunction in certain neural circuits of the brain, which may in turn elucidate the reason why people develop this condition in the first place, and also the cause for the way they behave, for instance relentless pursuit of dieting and weight loss. They believe that such an insight gained into the underlying mechanism of neurobiology may lead to the development of better and more effective treatments.

“Currently, we don’t have very effective means of treating people with anorexia. Consequently, many patients with the disorder remain ill for years or eventually die from the disease, which has the highest death rate of any psychiatric disorder,” says study author, Walter Kaye, MD, professor of psychiatry and director of the Eating Disorders Program, UC San Diego.

Various factors like childhood personality, temperament, inherited factors like anxiety and perfectionism, etc. are believed to play a role in increasing a person’s susceptibility to the development of anorexia. Notably, after developing anorexia, malnutrition and starvation may affect the patient’s brain and other organ systems.

“Individuals with anorexia tend to report that dieting reduces anxiety, while eating increases it. This is very different from most individuals, who experience hunger as unpleasant,” states Kaye.

Seemingly, the attempt to avoid being anxious encourages weight loss in this condition, influencing the out-of-control spiral that further causes malnutrition and severe emaciation. More so, such patients often tend to have exaggerated and obsessive concern about the outcome of their behavior.

Imaging studies have evidently revealed that people suffering from this condition may have an imbalance between their brain circuit’s dealing with reward and emotion, and those related to consequences and future planning.

Study author, Martin Paulus, UC San Diego professor of psychiatry, elucidates, “Brain-imaging studies also show that individuals with anorexia have alterations in those parts of the brain involved with bodily sensations, such as sensing the rewarding aspects of pleasurable foods. Anorexics may literally not recognize when they are hungry.”

Kaye says, “Anorexia is very complicated, and there needs to be a paradigm shift in understanding its underlying cause. We’re just beginning to understand how the brain is working in people with this disorder.”

Kaye notes that the personality traits and temperament which apparently increase a person’s vulnerability to anorexia may also have a brighter side to it. Traits like concern about consequences, attention to detail and an obligation to succeed are believed to aid such people in accomplishing and succeeding in their life, post their recovery from anorexia.

These observations have been published online in Nature Reviews Neuroscience.

Novel technique may be able to trace the development of Parkinson...