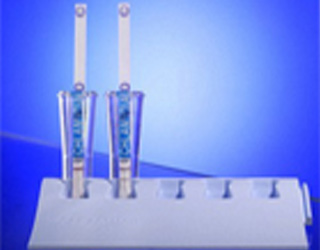 Presently, a novel urine test called as the Chlamydia Rapid Test may be able to assist doctors in diagnosing chlamydia infection in men within an hour. Supposedly, this may prove beneficial in treating the infection quickly thereby preventing re-transmission. This test was developed by Dr Lee and colleagues at Diagnostics for the Real World (DRW) and the University of Cambridge.

This Chlamydia Rapid Test has been designed in order to be used in combination with FirstBurst. Apparently, FirstBurst is a device used for collecting the first voided urine from men. Also, it is known to collect six times the amount of Chlamydia bacteria in contrast to the standard urine sample. The test subsequently uses a unique signal amplification system in order to increase the test’s sensitivity and provides results in less than an hour.

Chlamydia is known to have been caused by the bacterium Chlamydia trachomatis which appears to be the most common sexually transmitted bacterial infection in the UK. Supposedly, it is mainly seen among sexually active men and women in the age group of 16 to 24 years. The disease is usually asymptomatic in both men and women. However, if symptoms are seen in men, then it may be in the form of a discharge or discomfort experienced at the time of passing urine.

For the purpose of this analysis, experts gathered samples from over 1200 men at two clinical sites. They found that the test properly identified chlamydia infection in nearly 84.1 per cent of samples. In addition, this test seems to be more precise than the nearest competitor rapid tests for men. They also questioned participants about their willingness to wait for the test result. The findings revealed that nearly 96 percent of the participant stated they were ready to wait for an hour or more.

Dr Lee stated that, “Without an effective and rapid testing programme for men, we are unlikely to succeed in efforts to control chlamydia infection. This new test is both accurate and swift, allowing men attending the clinics to be tested and treated on site in one visit.”

Latest researches have stated that if this disease is untreated-even when there are no symptoms-it may lead to reduced fertility. In addition, this disease may cause severe complications in women like pelvic inflammatory disease, chronic pelvic pain and ectopic pregnancy.

If chlamydia has been diagnosed, it could be easily treated with a one-off antibiotic pill. Though, till today, male rapid tests for chlamydia appear to have been moderately inaccurate. Also, the tests involved urethral swabs, which may perhaps cause discomfort in the individuals.

“Horror stories about painful swabs have put men off getting tested for chlamydia, and other non-invasive tests are expensive, technically complex and take days to obtain the result. This has led to many cases of infection in men going undiagnosed and being transmitted to their female partners, with potentially more serious complications,” elucidates Dr Helen Lee from the University of Cambridge.

It was estimated that in the year 2008, young people accounted for nearly two-thirds of all novel incidents of uncomplicated chlamydia infection which were diagnosed in genitourinary medicine clinics. Apparently, in England, approximately 68 young men in every 1000 carry the infection whereas the number for young women is nearly 84 out of 1000. The number of diagnosed infections ever since the mid-1990s seems to have gone up by an average of 7500 per year to over 123,000.

These findings will be published in the British Medical Journal.